The emergence of a French Canadian (Canadien) nationalism coincides with the birth of many nation states at the time of the Early Modern revolutions, which began with the independence of the Thirteen British American colonies.

From 1783 to the late 1830s the world witnessed the creation of many new national states with the birth of the United States of America, the French Republic, Haiti, Paraguay, Argentina, Chile, Mexico, Brazil, Peru, Colombia, Belgium, Greece and others. Often accomplished militarily, these national liberations occurred in the context of complex ideological and political struggles pitting European metropolis against their respective colonies, monarchists against republicans. These battles succeeded in creating independent republican states in some regions of the world, but they failed in other places, such as Ireland, Upper Canada, Lower Canada, and Germany.

There is no consensus on the exact time of the birth of a national consciousness in French Canada. Some historians defend the thesis that it existed before the 1800s, because the Canadiens saw themselves as a people culturally distinct from the French even in the time of New France. However, the use of the expression la nation canadienne (the Canadian nation) by French Canadians is a reality of the 1800s as far as we know from historical records. The idea of a nation canadienne was supported by the liberal or professional class in Lower Canada: lawyers, notaries, librarians, accountants, doctors, journalists, and architects.

A political movement for the independence of the Canadien people slowly took form following the enactment of the Constitutional Act of 1791. The Act of the British Parliament created two colonies, Lower Canada and Upper Canada, each of which had its own political institutions. In Lower Canada, the French-speaking and Catholic Canadiens held the majority in the elected house of representatives, but were either a small minority or simply not represented in the appointed legislative and executive councils, both appointed by the Governor, representing the British Crown in the colony. Most of the members of the legislative council and the executive council were part of the British ruling class, composed of wealthy merchants, judges, military men, etc., supportive of the Tory party. From early 1800 to 1837, the government and the elected assembly were at odds on virtually every issue. The Parti canadien initiated a movement of reform of the political institutions of Lower Canada. The party's constitutional policy, summed up in the 92 resolutions of 1834, called for the election of the legislative and executive councils. 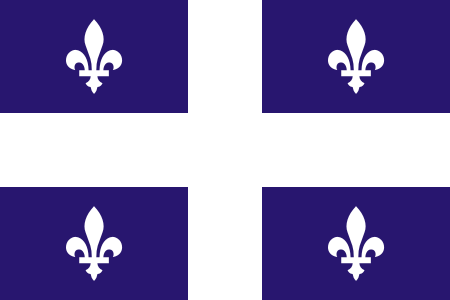 The movement of reform gathered the support of the majority of the representatives of the people among Francophones but also among liberal Anglophones. A number of the prominent characters in the reformist movement were of British origin, for example John Neilson, Wolfred Nelson, Robert Nelson, Edmund Bailey O'Callaghan, Daniel Tracey, Thomas Storrow Brown.

Two currents existed within the reformists of the Parti canadien: a moderate wing, whose members were fond of British institutions and wished for Lower Canada to have a government more accountable to the elective house's representative and a more radical wing whose attachement to British institutions was rather conditional to these proving to be as good as to those of the neighbouring American republics.

Although it was still defended and promoted up until the beginning of the 20th century, the French-Canadian liberal nationalism born out of the American and French revolutions began to decline in the 1840s, gradually being replaced by both a more moderate liberal nationalism and the ultramontanism of the powerful Catholic clergy as epitomized by Lionel Groulx.

The rise of a Catholic nationalism, which was pervasive throughout Quebec society until fairly recently, marked a century of religious obscurantism. The censorship of essentially all of the Enlightenment, liberal, scientific and romantic ideas and literature of France, the United States and Britain severely affected what is seen today as the normal social and economic development of Quebec.

In opposition with the other nationalists, ultramontanes rejected the idea that the people is sovereign and that state and church should be separated. They accepted the authority of the British crown in Canada, defended its legitimacy, and preached obedience to the British ruler. For ultramontanes, the faith of Franco-Canadians was to survive by defending their Catholic religion and the French language.

Understanding contemporary Quebec nationalism is difficult considering the ongoing debates on the political status of the province. No political option (outright independence, sovereignty-association or signing on to the present Canadian constitution) has achieved decisive majority support and contradictions remain within the Quebec polity.

One outstanding issue is whether contemporary Quebec nationalism is "ethnic" or "territorial." The former has disturbing overtones and is often used by critics of Quebec nationalists to imply that the nationalist worldview is insular and parochial, concerned with preserving a "pure line" of white francophones within the province. The idea of "territorial nationalism" (invoked by former premier Lucien Bouchard amongst others) downplays ethnic considerations and focuses instead on retaining Quebec's current borders and resources in the event that independence is ever achieved.

There is little doubt, at least, that the post-1950s era witnessed a remarkable awakening of Quebecers sense-of-self. The rural, conservative and Catholic Quebec of the 19th and early 20th centuries has given way to a confident, cosmoplitan province. Regardless of their political leanings, Quebecers have come to see themselves as a unique people with a culture worth preserving.

This article is licensed under the GNU Free Documentation License. It uses material from the Wikipedia article "Quebec".