Zebras are members of the horse family native to central and southern Africa. All have vividly contrasting black and white vertical stripes (hence the zebra crossing named after it) on the forequarters, often tending towards the horizontal at the rear of the animal. Most zoologists believe the stripes act as a camouflage mechanism; although some believe it plays a role in their social interactions, acting as a means to distinguish an individual from all of the others in slight variations of the stripes. 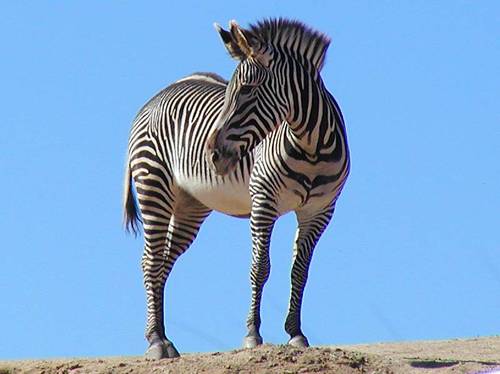 There are three species and many subspecies. Zebra populations vary a great deal, and the relationships between and the taxonomic status of several of the subspecies are unclear.

This article is licensed under the GNU Free Documentation License. It uses material from the Wikipedia article "Zebra".